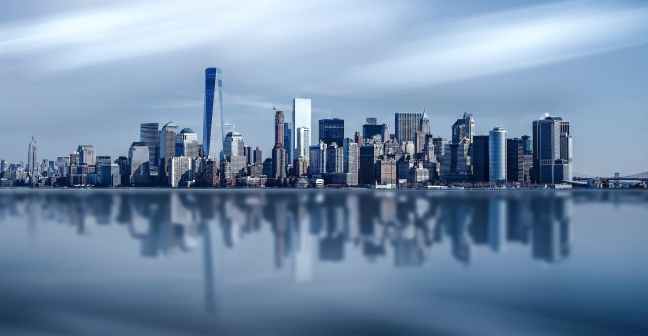 The invention of the concept of entitlement is yet another example of the futile attempts of our species to rewrite nature’s laws.  By proclaiming ourselves “entitled” to resources like food and water, we have sought to convince ourselves that we actually “own” these resources, in unlimited quantities.

Ownership, and the many entitlements that we have enshrined into what we call “law”, are inventions of the human imagination’s wishful thinking.  They only exist within the context of human culture because they simply do not compute within the physical laws of the planet.  Earth is a cyclical closed system, meaning that nothing can ever be “owned”.  Ownership is, at best, fleeting and temporary – passed on or inherited from one species to the next.  Any aspiration beyond this is blasphemy.  All resources on Earth are shared and recycled, just like all matter.  On Earth there is no yours or mine.  We are all molecules, converting into each other.  Outside of the context of human society and culture, ownership is an absurd concept that doesn’t exist.

It is true that all species claim things for themselves though.  They all feel that they “deserve” to have “things”, especially in the various niches they occupy and where they try to establish territorial “rights”.  However, humans are the only species who has developed an ideological framework to support their claim to territory and resources.  The basis of this ideological framework is the most fascist, totalitarian, and narcissistic dogma about how this democracy of 8 million species we call Earth should be run.  Humans believe that they deserve resources not because they are hungry, but because they are supreme and superior beings that preside over the ecosystem, much like gravity and energy.  They believe that they should have first access to all that the planet has to offer, simply because they are human.  Like monarchs, or white supremacists, humans are the only species that feel entitled, simply by virtue of the blue blood that runs through their veins.  If slavery is a concept born out of white supremacy, then ownership is a man-invented concept born out of human supremacy.  Ownership, and money, are the operating principles of human society.

Of course, the rest of the planet does not operate in this way. Food and other resources are freely allocated to the 8 million species of this planet following the laws of competition and pure chance, and this is how Earth has managed to develop such rich, complex, and diverse ecosystems.  Nature does not favor one species over another through rights and privileges, giving every single one the chance to thrive.  However much “special” or “entitled” humans themselves may feel, they do not get preferential treatment.  Entitlement, ownership, supremacy, and superiority are artificial labels which humans have awarded themselves, and which are toxic to all biological life, including human life.

Sharing of food, water, space is the only way to run such a complex system as Earth.  The principle of sharing ensures that everyone has something to live on, even during tough times.  Everyone gets an equal share of the surplus when times are good and there is extra food and water to go around, and likewise, the pain is equally distributed among species when times are hard, and resources are low.

Earth’s ecosystem is a socialist one, whereby everyone is a stakeholder:  everyone has something to gain and something to win, but never at the expense of others.  The success of Earth’s ecosystems lies precisely on the concept of sharing resources, which keeps all species in balanced competition with each other.  This balanced competition in turn ensures the survival of each species no matter what, and is responsible for the tremendous biodiversity on this planet which peaked a few thousand years ago before humans began to decimate Earth.

Ownership is autocratic.  It is a declaration of war to the 8 million species of the planet.  A land and resource grab at the other species’ expense, even if this means their immediate extinction.  The false narrative of human supremacy is a foundation of all civilizations, enshrined through “Human Rights” and “laws” more concerned with how resources are distributed between humans, rather than with the fact that all of these resources are stolen in the first place.

A “human right” therefore, although considered sacred within the confines of human society, is actually a fascist term in the planetary context.  Human rights and entitlements infringe on the very existence of all other non-human species, which have no such “rights” simply because they were not born human.  The absurdity is only evident if one steps outside of the human supremacy bubble all of us have been nurtured in.  Outside of this bubble, human rights are illogical constructs conceived once upon a time by a narcissistic species that was so insecure about “possessions”, it refused to share the planet with other life forms.  It invented ownership and divided everything into “yours” and “mine” – not in order to establish “rights”, but to secure privileges that they were never entitled to in the first place.

Laws and the legal profession were built around this manufactured narrative of “rights” which only exists within the human supremacy bubble.  The absurdity of laws is that they apply only to humans.  Everyone is equal against the law if they are human, much like all Athenians in classical Greece had equal voting rights, as long as they were neither women or slaves.  At best, Earth is a democracy of a single species, with 8 million other species reduced to helpless spectators, excluded from participation in this corrupt political system.

As the list of “rights” and “laws” became longer and more elaborate, the human species eventually got together and awarded itself a long, long list of privileges: More than 193 countries ratified the Declaration of Human Rights, which safeguards the right to food, housing, education, health and stipulates that all individuals belonging to the human species, and only that species, should be treated equally: with fairness, dignity and respect.

Of course, given that the Human Rights Act was conceived, written, decided upon, and voted in by humans only, it tends to be a bit biased.  All other 8 million species have no right to a habitat that they can call home.  No right to a food source that won’t be depleted by humans. No right to their safety and well-being, not even the right to exist, and continue as a species on Earth.  Our entire civilization is a fascist regime.  Making another species extinct is the most extreme form of violence and fascism that exists. It is the permanent, irrecoverable deletion of a species from the present, future, and even the past.  We are a very long way from genuinely accepting, embracing and protecting diversity, biodiversity and difference both within our own species and outside of it.

Before industrial humans came along, Earth was a thriving democracy of 8.7 million species finding strength and mutual support in their diversity.  It is now a capitalist dictatorship, pushing its citizens to extinction at an alarmingly accelerating rate.  Every species on this planet is a slave, working for humans in some form or other. Imagine if the Amazon rainforest was to go on strike.  The slave masters would soon run out of oxygen.

Unfortunately, Earth does not know how to be selfish.  Nevertheless, it has the power to rebalance itself since its ecosystems follow the only real “laws” and “rights” that exist:  those of physics.   Selfish, independent actors that want everything for themselves are eventually sussed out by the ecosystem and punished handsomely. Our planet may not know what selfishness, entitlement and ownership are, but it has its eyes and ears out, and it has already decided: “The Human Rights Act is the epitome of the supremacy bubble.  It is the legitimization of the tyranny of humans on Earth.  These are not human rights.  These are human crimes.”

4 thoughts on “The Fascism of the Human Supremacy Bubble”