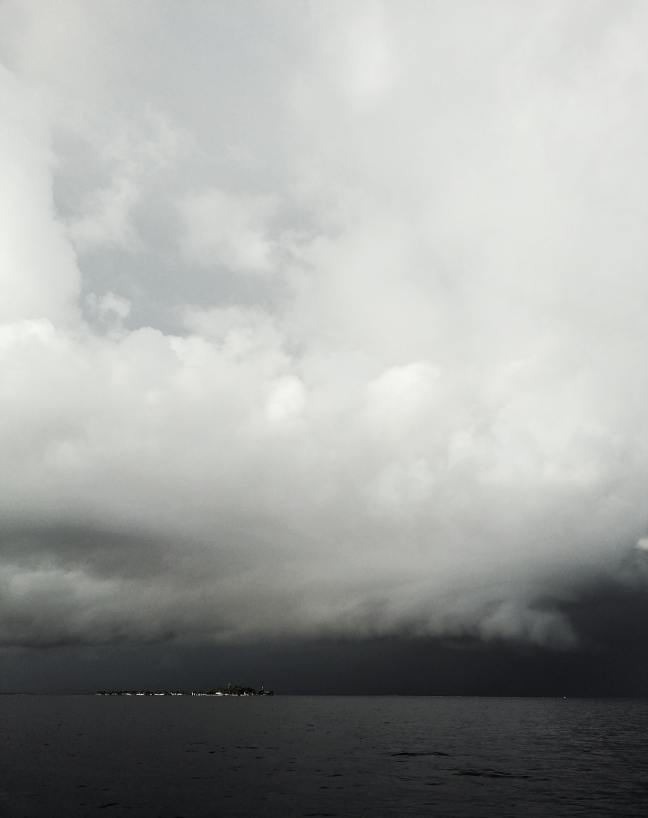 Olivia was pretending to sort through the stack of papers in front of her on the podium.  She didn’t want to look straight into the crowd, for fear that her nerves may get the better of her.  The lights were finally dimming in the lecture hall, as journalists secured last-minute strategic positions at the front of the room.  What was originally meant to be an inner circle academic symposium, had mushroomed over a period of days into a much anticipated, widely publicized press conference.  Olivia had no idea that she was about to appear live on The Line.

“Over the past 3 months, me and my colleagues have been isolating, growing and studying multiple variants of this family of organisms collected from across the world.  My team and I have been focusing our initial investigations on these organisms’ genetic heritage and main metabolic pathways, trying to understand how and why we are witnessing the largest and longest phytoplankton bloom ever recorded in modern times.  Although this work is very far from over, we have so far come across a number of important findings. This is why we wanted to speak to you today.  Some of the characteristics that a few of these variants possess, in our opinion, make them distinctly different from all other species of phytoplankton known to this day.  I’d like to also clarify that we are not talking about just one species that has mutated.  We believe that we are looking at an entire family of marine microorganisms developing new and interesting adaptations to our changed oceans”

“Can the phytoplankton be harvested and used as fuel?” – a reporter shouted from the middle of the room.  The question-and-answer session had begun.

She looked into the crowd, as the intensity of the lights all of a sudden seemed to block her vision.  She smiled nervously and thanked the reporter for the question, as she took a moment to pause, look down and away from the lights while everyone waited for her answer.  This was exactly the type of stupid question she was hoping to avoid, Olivia thought to herself.  In a world where ecosystems were collapsing, all that the corporate-sponsored media were interested in was minimizing the importance of this catastrophe and reducing it down to human terms: shifting the focus away from the tragedy that was unfolding underneath the Veil, and towards potential opportunities for fossil fuel industry stakeholders and the wider Business As Usual.

She considered for a second simply not answering the question.  It would have been an easy escape, one that she had done many times in her career.  Something along the lines of “my capacity does not allow me to answer this question, which I leave to other experts” would have been enough.  Let the scientists be scientists, and the fossil fuel tycoons be blood-thirsty capitalists.

But she couldn’t hold back this time. Feeling the sweat suddenly begin to emerge from the pores of her pale forehead, she lowered her mouth closer to the microphone just as she made direct eye contact with the reporter: “This phytoplankton is at the moment, whether we want to accept it or not, the dominant species on this planet.  It is using our marine ecosystem as its fuel in order to grow and make more copies of itself.  While I realize that, as in any crisis, there may be hidden opportunities for some of us, I’m afraid that, at this point in time, we are the fuel.    Our civilization is under direct threat from this catastrophe because of our own mistakes, because of the climate breakdown that has led to yet another ecological crisis.  As a scientist my task is to understand the technical aspects of how we got here.  But as a simple human, I have one answer for you:  unless we stop thinking of everything on Earth as fuel for our civilization, we ourselves will become the fuel for anything or anyone that comes next.  I’ll take no more questions, thank you”