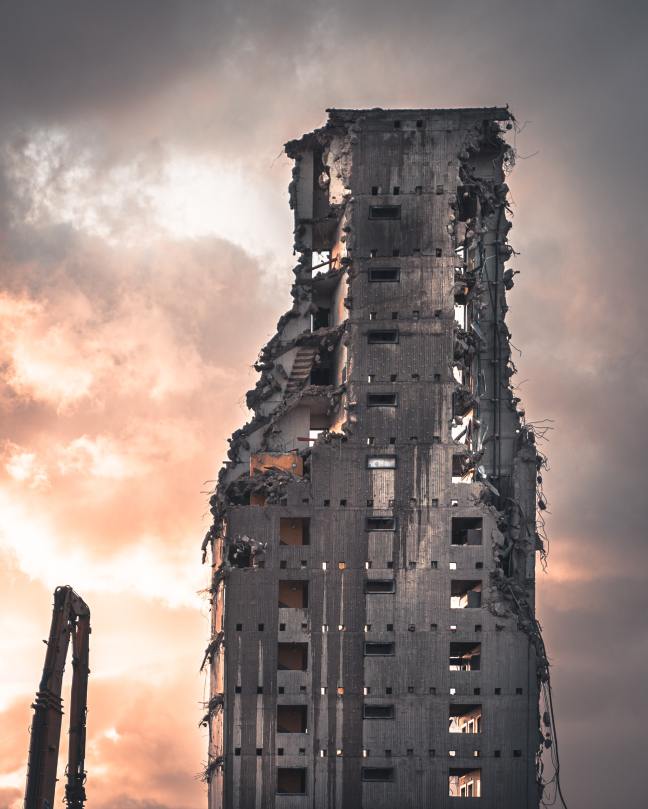 Imagine if the world economy had suddenly fallen appart. Container ships would pile up at ports like driftwood in a clogged river. Factories would shut down in China and people would be sent home to watch cat videos on TikTok. Supermarkets would struggle to fill up shelves with items because moving food around the globe suddenly seemed stupidly expensive. Why would anyone fly fresh blueberries from Peru over to the UK, when they couldn’t even find a lorry driver to take a few watermelons from one town to the next, just ten minutes down the road?

Imagine if you were too afraid to turn on the lamp, the stove, the hot water, because energy prices had gone through the roof. Imagine if you couldn’t buy a car because no one made them anymore. In fact anything containing a microchip couldn’t be made anymore. Who would seriously sit and make a fucking microchip when there’s a pandemic. And lets say you had a car, how would you drive it without any gas?

Imagine if there was this deadly plague that came out of nowhere, and spread around the world in no time. You would be afraid to leave your apartment for fear of catching the deadly virus out on the street. People would walk around with surgical masks and other protective equipment. Relationships would crumble either because people saw too much of each other, or were too afraid to mingle.

Imagine if there were fires burning on the permafrost in the Arctic. If there were villages in Canada close to the Arctic zone literally burning down in 46 C heat.

Imagine if you went to your favourite restaurant and half the menu was crossed out with a black marker because “they couldn’t get the stuff”, while you paid GBP 4.80 for 5 tiny cabbage leaves of kimchi because “it was imported from South Korea.”

Imagine if people had to cancel Christmas and decide to just have a good meal, talk to each other and have an early night. Doesn’t sound that bad.

Imagine if you were living a life where you were just waiting for next year to be worse than the current one, and the next one even worse. Imagine if there was a Collapse.

But wait a minute…didn’t all of this happen already?

5 thoughts on “What Would A Total Collapse Look Like?”