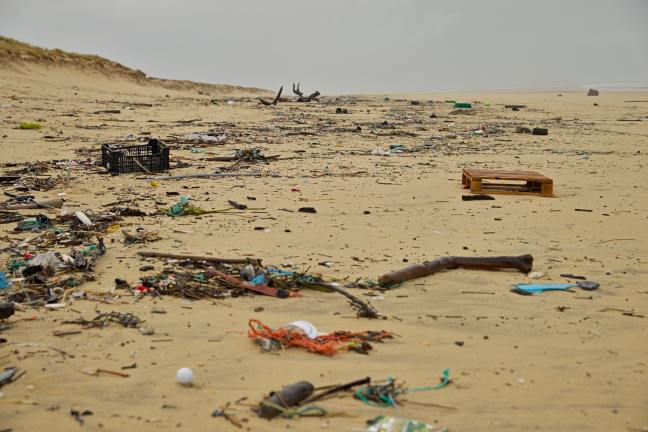 I know what you’re thinking: with 8 billion of us on the planet, how can we actually be extinct? If anything, we are taking over the planet like a viral plague.

Well, I guess it depends on your definition of extinction. When we define extinction, we tend to concentrate on the numbers of a given species. If the numbers fall below a certain point, the species enters a downward spiral, before it eventually disappears forever.

But what if we defined extinction by virtue of how healthy the environment that supports this species is? What if “staying alive” is as much about increasing your population numbers as well as investing back into the ecosystem that you depend on? After all this is what an ecosystem is, every single species takes, then gives back.

The truth is, humans uncoupled themselves from the ecosystem hundreds of years ago. Without the existence of intensive agriculture, which destroys soils, habitats and entire ecosystems, there is no way these 8 billion people could sustain themselves today, there just isn’t enough wild food on the planet. In other words, our very “survival” continues to be wholly dependent on the continued deterioration and eventual complete destruction of everything that moves, lives and breathes around us. We have already moved hundreds of years ago to the stage where we have destroyed so much of this planet that we had to create “artificial ecosystems” that cater only to human food production: animal farms, agricultural land for crops, sterile environments consisting of only few species. Only 4% of all mammals on Earth are actually wild. 96% are slaves living inside chicken factories, pig farms, cow farms, and so on. Agricultural crops cover something like 40% of the Earth’s land surface, leaving to wildlife mostly the deserts, freezing mountains, and polluted human cities.

For me, a biologist, humans have gone extinct already a long time ago. What this species of 8 billion people that live on this planet actually is, no one knows. It doesn’t know itself what it is, or where it is going. From a biological perspective it may still be alive, but from an ecological one it died a very long time ago.