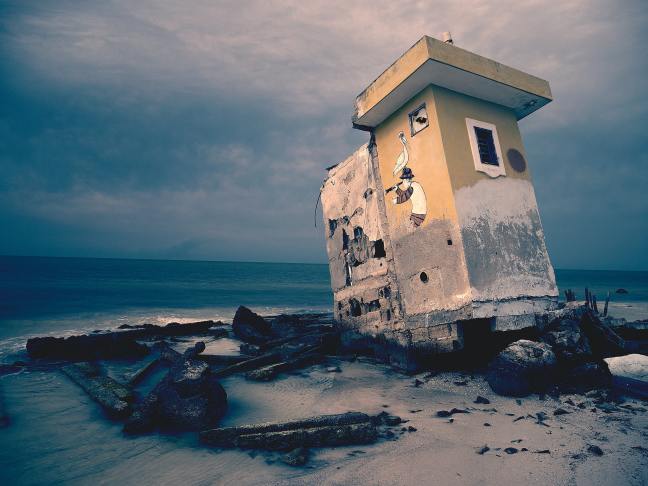 The word “observations” echoed in John’s head for a few elongated seconds.  He was having another daydream, as flashbacks of his days cruising the busy hallways of the Marine Institute projected out from his memory cache.  “Observation” can be such a cold, scientific word.  It brings to mind scientists in protective eye gear and white lab coats, carefully writing down in notebooks what they think they are “seeing” in their “experiment”: whether it is an atomic bomb test, or a microscopic life form under the magnification lens, sandwiched between two glass slides until the heat of the microscope lamp eventually illuminates it to death.  How “real” is an observation?  How objective?  John was beginning to doubt not only the tools that science uses, but how we all use our own senses:  how we process the images we see, the smells that we smell.  Are we really paying attention while we are “observing”?

The evil thing about observations is that the more focused and detailed they become, the more detached and mechanical they can be.  Even though they try to shine the light, if they try too hard then a strange darkness begins to take hold, eventually blinding the scientist with too much “light”, too many “observations”.  This is what happens when there is no real and direct interaction with the subject matter.  When there is only notes, measurements and “data” that are turned into publications.  When we look at the World as data, rather than looking at the World.  Ironically, the more parameters and data are collected, the more difficult it can sometimes be to complete the picture.  Death by data overload?

“Come here” John said as he grabbed Olivia’s hand.  She was taken by surprise.  He was quickly leading her out into the street.

“Look out there”.  He pointed to an angry sea in the distance, that was virtually the only colored object in the landscape.  The sky was grey.  The buildings were grey, even the trees looked dull.  The sea was the color of orange juice.

“Tell me.  What are you observing?  Is there anything you can see without collecting samples?”

Olivia gazed out in the distance just as a balmy sea breeze suddenly lifted her hair behind her.  Her red-orange locks were almost matching the color of the sea.

“You’re doing well” John said.  “You’re seeing two of the things that science tries to steer away from.  I’ll see you at the Marine Institute on Monday”

John started walking back inside as Olivia stayed still, her gaze still frozen on the ocean.

One thought on “A New Earth – Illuminated to Death”