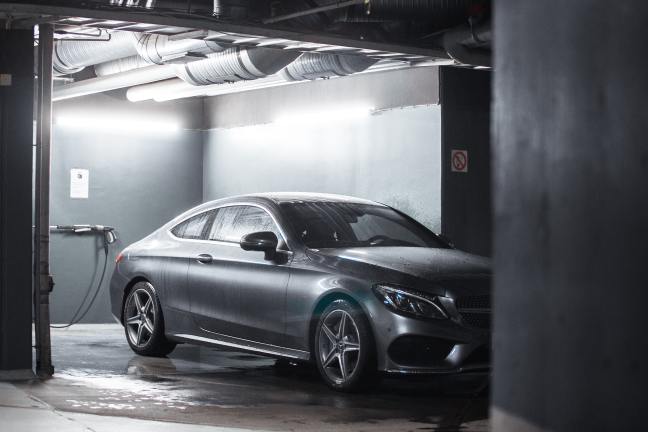 Strong lashings of rain mixed with brown ocean water were already battering John’s building when he started duct taping the window.  It was a similar mix of sounds to those in a drive-through car wash:  soothing at first, when the gentle sprinklers are on and you watch your windshield transform into a magical water sculpture.  But then, quite suddenly, the sprinklers are off.  They’ve been scared away by a bigger beast: the robotic brushes take over, dressed in their evil clown colors as they start mechanically knocking on the windows, moving up and down the body of the car in search of a way in – so that they can get to you, kill you and turn you into suds for their next wash.  John had always been a bit terrified of them, however silly this may sound.  They would probably feature prominently in his “revolt of the robots” fiction novel, if he ever wrote one.  Someone else probably had.  What a difference a thin layer of glass makes: separating the mayhem outside from the cosy, false sense of security inside.  Next task: fill up a few plastic jugs in case the water is shut off, and place the matches next to the candles.

But John was not a “prepper” by any measure.  This was as far as his preparations would ever go.  He disliked the “hoarding” preppers who thought they were covered for every possible eventuality, had thought of every likely scenario, including being stuck in their buildings for months.  Ironically, it is always these “prudent” preppers who usually end up forgetting something extremely basic.  Their hoarding obsession and panic prevents them from stocking up on the most important supply one needs plenty of, during a natural disaster: common sense.

Canned food check.  Onions check.  Rice and red lentils check.  Lemons check.  There was just one thing to do: check on Aspen, again.  She lived only a few blocks away and they hadn’t been in touch for days, ever since their sombre afternoon on the beach.  John was worried.  And her phone seemed disconnected.  This was definitely the worse time for this to be happening.  But going outside right now, with winds soon to approach 210mph, would have been nothing short of suicide.  It was time to hunker down.