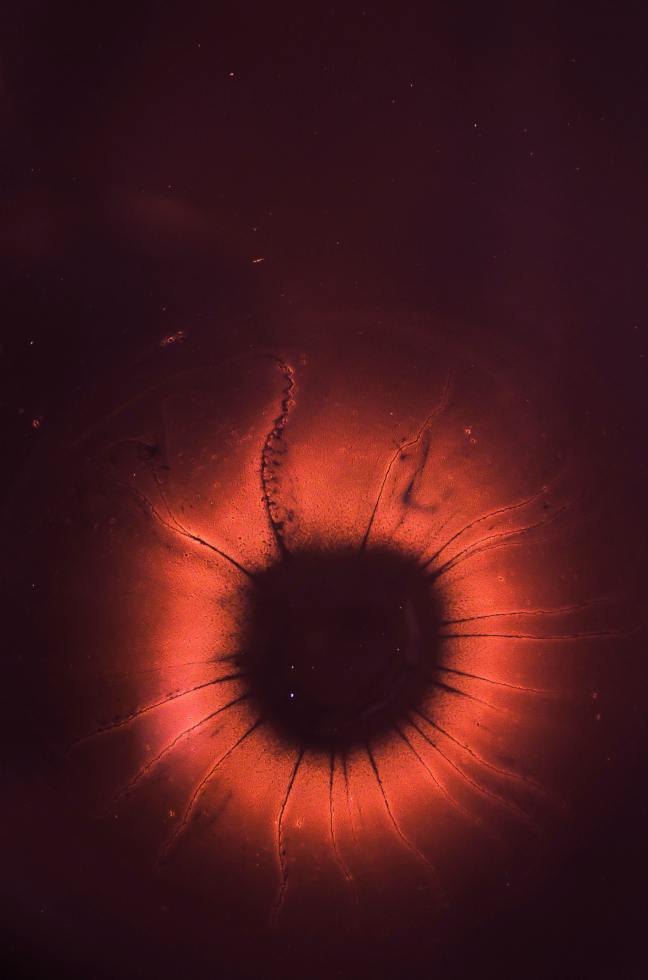 “What?” Michael replied sounding slightly disturbed. He was trying to concentrate on pipetting nanograms of DNA into a two-dimensional array.

“I put these samples in the dark room last night on a mixed food source medium, as a control.  They’ve grown almost as much as the ones in the ECG chamber.  How can this be possible?  It’s phytoplankton, right?  It needs light”.

“Well”, Michael replied, “I’ve run a few metabolic tests and everything looks totally normal – except for some false positives we got for a bunch of enzymatic activities that have nothing to do with photosynthesis.  I’m sure it’s a contamination in the raw sample.  Unless… we have been invaded by an alien phytoplankton!” Michael chuckled as he leaned backwards, his head almost facing the ceiling. His lab glasses reflected the lights for a second.

“Wait a minute” said Olivia, as she approached his bench. “What about all those unusual genes you couldn’t exactly identify the other day?  We know this thing is a variant right, what if it has an altered metabolism?  What if it can switch to a different food source at night?  This would explain how it has been growing so insanely”.

“Have you been reading The Veil again Olivia?” Michael smirked, raising both eyebrows.

“I think you should re-run those tests Michael,” said Olivia. “This is why”

She took her phone out of her pocket and held the screen up to Michael’s face.  It was The Line’s live satellite coverage of the phytoplankton plague.  It was only a matter of time before it would cover the entire globe.

Like every new life form that had emerged on this planet, the phytoplankton was only the latest in a series of miracles that had been happening on Earth over the past 3.5 billion years.  But the planet was now desperate for more miracles than usual.  It was frantically looking through its DNA databases trying to find new gene combinations, new solutions that would help its ecosystems adapt to the crisis.  The phytoplankton was a child of the climate crisis.  It was the new generation. It was one of the inhabitants of the New Earth.  And like all mutants, it was only a piece of science fiction at first, in a book written by a man who was ridiculed by his colleagues.  And then one day, it’s not fiction anymore.  It is reality.

From the upcoming novel A New Earth – The Apocalypse Locus. Pre-order available now:

4 thoughts on “A New Earth – Chimera”