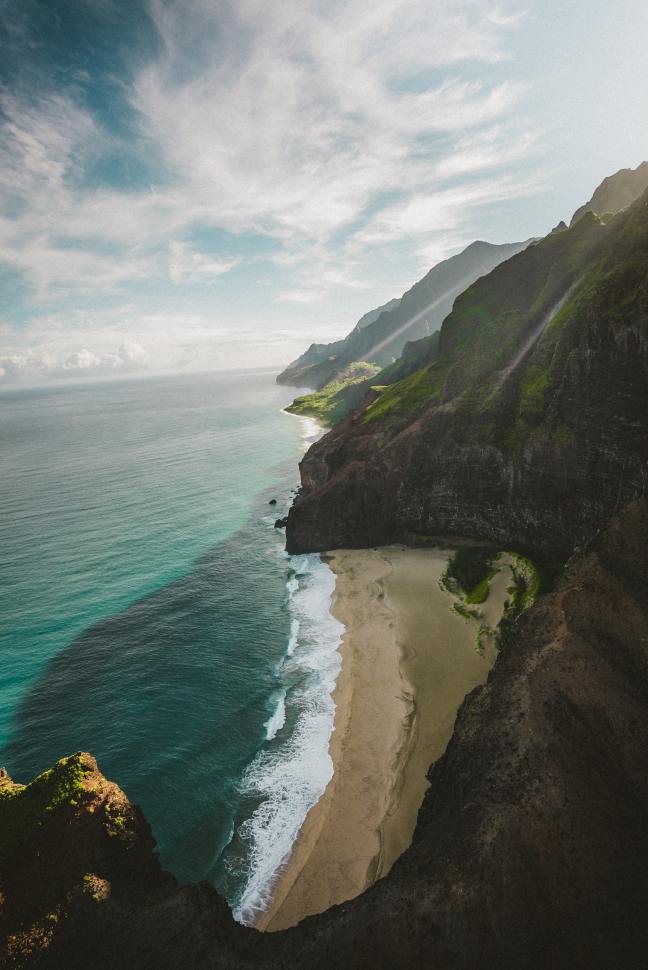 John opened his eyes gradually as he began to regain consciousness.  He recognized the dark silhouette of his niece’s worried hovering over him, outlined against an angry sky.  She had been staring intently into his eyes for the past ten minutes, desperate to detect signs of life.  Her pupils suddenly dilated as she felt his hand twitch under hers.  Relief.  He was OK, but he must have been unconscious for at least an hour, judging from the intense headache.  Luckily, he had collapsed somewhat softly on the cold sand.  Had it not been for her, the storm would probably have caught up with him right here on the beach.  He was lucky that she was somewhat familiar with his Minimalist routine.  She had come here looking for him out of pure guesswork.

“We have to go uncle” she said in an urgent voice.

He raised his head slightly to look around, still dazed.  The wind had picked up significantly since the last time he was conscious.  It was obvious that a storm was approaching.  Small gusts coming from the direction of the sea were gaining enough strength to start picking up grains of sand, flinging them in all directions, occasionally swirling them into fleeting solar systems composed of local debris: brittle sticks, broken up ribbons of dried seaweed, and the occasional brightly colored piece of plastic.

“Look” – she pointed in the direction of the sea without saying one more word.  Her arm stayed extended as she stared at the ocean with disbelief.  She felt her heartbeat accelerate as she looked back at her uncle speechless, her arm still pointing to the sea.  She was looking to him for reassurance.  The problem wasn’t the familiar sound of waves crashing on the shore.  It was the fact that the sea was the wrong color.  The entire ocean had turned a sickly, milky grey / brown color, looking more like a dirt puddle than an ocean.  Closer to the shore, waves the color of orange juice were beating themselves up angrily, as if trying to rid themselves of this sickly color.  As the water got deeper, orange gradually turned into a deep olive green, with darker brown patches here and there out into the distance.  Closer to the horizon the ocean was a pale grey, as opposed to the usual deep cobalt blue.

He looked at her, as he tried to help himself get up. He then looked back at the ocean.

“it’s here” he said.  The phytoplankton had made landfall.

3 thoughts on “A New Earth – The Landing”