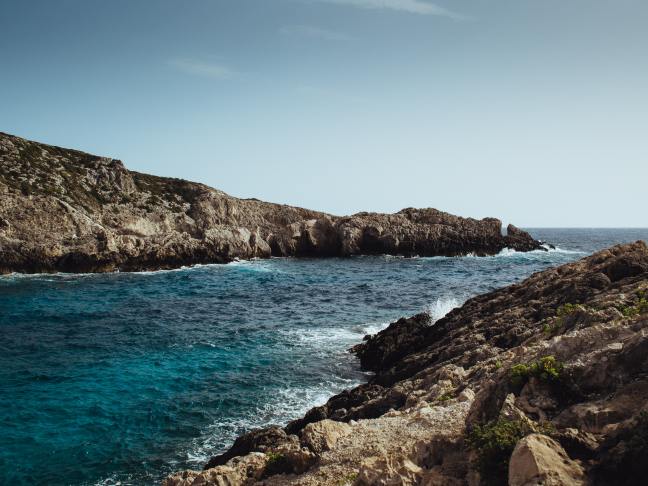 My childhood on the beach would eventually begin to fade away as life got busier and my schooling and career took me away not only from the sea, but from the Mediterranean altogether. Summer holidays would be the only times when I got to visit my sea mother, this time not as a son, but as a tourist. As an outsider, someone walking through a museum, moving mechanically from room to room looking at paintings without realising the significance, the history of each one of the things that they are seeing. We had been estranged.

Re-encounters with the sea after long absences would usually be filled not with joy but with deep grief. Months and months of internalised withdrawal symptoms and pent-up alienation would surface all at once, as I would suddenly realise what I had been missing all along, like a prisoner who has just been released and can’t stop staring at a green leaf on a tree, mesmerised by how green it looks. Grieving the time lost is the most painful grief there is. I grieved for the dark winter days thousands of miles away from the sea, when I was willing to give a week of my life away for just one look into the pulsating colours of the water. One brief, light brush of salty air on my face.

But the sea was always there. It still is, always waiting for me. I may have grown old, but the sea stayed young, it stayed the same age. And I see myself in my niece, who has inherited my passion for the sea. She will swim and play until she is exhausted, until her lips turn blue and her body temperature approaches that of the sea. Until she almost becomes the sea, merging with it.

I think that humans are afraid of the power that nature has over us. We are afraid of the sea merging with us, consuming us, obliterating our ego. Instead we want to conquer the sea with our ships, our fishing nets, our sewage. We struggle to assert our ego, in the hope that we become eternal like the sea, because we harbour a deep jealousy for her immortality.

To be continued …(or not)

7 thoughts on “At The shores of Belief (Part II)”