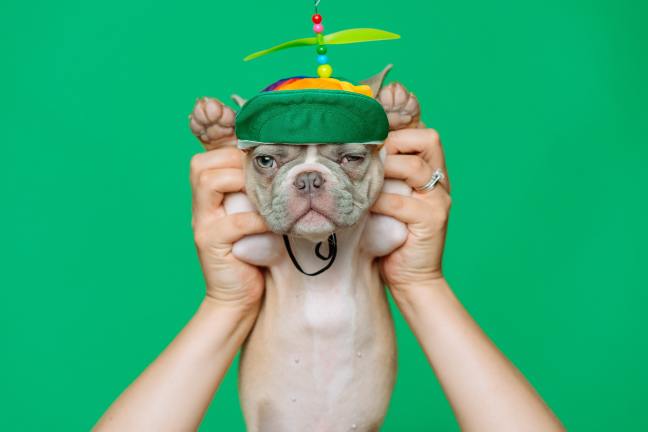 From climate emergency to climate complacency

In his iconic 3-hour 2016 documentary, Adam Curtis coined a new term that sent shockwaves across the world of historians and cognitive psychologists. Decades of manipulative brainwashing by governments could finally be summed up in one descriptive term: Hypernormalisation.

“In the past 40 years Politicians, Financiers, and Technological Utopians, rather than face up to the real complexities of the world, retreated. Instead, they constructed a simpler version of the world, in order to hang on to power. And as this fake world grew, all of us went along with it. Because the simplicity was reassuring. Even those who thought they were attacking the system, the radicals, the artists, the musicians, and our whole counterculture, actually became part of the treachery. Because they too, had retreated into the make believe world. Which is why their opposition has no effect, and nothing ever changes”.

In short, hypernormalisation is a strategy that governments or others in power have used again and again in order to subliminally coerce people into accepting situations and “pretend solutions” that would normally be highly uncomfortable and highly resisted. Hypernormalisation is a gradual, yet radical eventual surrender to a message, however extreme this may be, with the objective that the message becomes part of our everyday reality and fully accepted by all recipients, even those who seemed to originally disagree with it. Whether this is a message about war, famine, economic collapse or climate change, governments can use their propaganda machines to convert shocking, unpalatable messages and truths about our world into permanent fixtures of our everyday life. Once they become part of our everyday “wallpaper”, these fixtures gain almost an archetype-level status and can therefore be easily exploited, simply based on their newly elevated salience. There is a simpler word for describing all of this: Hype.

Most importantly, these new fixtures can be dressed up in half-truths or straight up lies, and leveraged to promote a completely different underlying agenda. Hypernormalisation is the art of bringing one issue or message front of mind, and then pretending that you are campaigning for its resolution. A “pretend solution” is then engineered, which doesn’t really solve the problem but it suits the “engineer’s” hidden agenda. The ultimate result, if succesful, is that the issue that originally became front of mind is now weaponized, hijacked, zombified, in order to promote something else, usually completely unrelated but in the interests of the “engineer”. It’s like evil alchemy. We increasingly experience this today, as our media and governments become more and more sophisticated in their web of communications and make full use of new technologies available for disseminating and targeting information.

The Iraq War is a great example. It weaponised the 9/11 Terrorist Attack in order to support the US defence industry, sell war to its citizens in the name of “freedom”, while at the same time robbing these very citizens of their basic freedoms via the Patriot Act, something that would have been unthinkable before the terrorist event. Hypernormalisation is able to open the doors to extreme policies, because it can leverage the fear that exists to suggest a “medicine”, to manipulate people and events. In the case of the Iraq War, the strategy offered the “pretend solution” of “let’s get the bad guys”, or “let’s get the Weapons of Mass Destruction” that never existed, in order to promote the real objectives which were nothing other than “let’s get rich” and “let’s get the oil”.

Fast forward 20 years, Trump’s racist war on Muslims and Mexicans was another hypernormalisation exercise that managed to shift the racism conversation all the way to the far right, and almost normalised racism in the country by converting it from a crime into an opinion: a legitimate choice which people can make, and which is part of their freedom of choice, in the same way in which the concepts of freedom and First Amendment are often weaponised in the US in order to justify the ownership of …weapons among the general public.

Similarly, Trump’s denial of climate change took the climate conversation back at least 20 years in the US. His hypernormalisation tactics focused the conversation away from action and back towards a climate debate that had long been dead and buried across the world. Trump unearthed the climate debate zombie with his bare hands, resuscitated it, dressed it up in fairy lights and used it as a colourful Halloween decoy to divert attention from any meaningful conversation around tackling climate change. As a result the US remains to this day one of the few countries in the world where the existence of climate change is not only still being still debated and doubted, but is often seen as a fairy tale or conspiracy theory akin to the likes of Area 51, yet much less glamorous. No big-eyed green aliens to talk about here, just a boring dead planet.

The way Hypernormalisation works in practice is simple: Repetition, Repetition, Repetition. By inserting whatever fake “truths” need to be served into people’s everyday life. Whether you want to call it brainwashing, fake news or hype, the result is two-fold: on one hand, the fake truths become legitimised, simply due to the volume of attention they receive, as the old marketing slogan says: “any publicity is good publicity”.
While these fake truths prepare the ground for a “solution”, an antidote such as a war or controversial policies, at the same time people become desensitised, much like how we eventually become desensitised to images of horror in the news. The ground is now ready. The sheep are not just unaware of what’s happening, they are giving their full consent to their own slaughter.

Naomi Klein has documented in her books multiple occasions of Disaster Capitalism: what happens when crises are hypernormalised and weaponised specifically to promote and push through economic policies that pretend to resolve these crises, but in reality benefit the elites. As our climate situation gradually turns from a situation into a crisis, we are in increasing danger of the onslaught of Climate Emergency Capitalism: the introduction of measures and policies that pretend to solve climate change, while in reality they benefit corporations and investors. Greta Thunberg in a speech at the UN last year made it clear that she is not falling for it:

As the term Climate Emergency becomes hypernormalised, dressed in half-truths, and exploited, The Green New Deal is at risk of becoming an investor bonanza to put up wind turbines with the promise of creating jobs, promoting equal opportunity and reducing CO2 emissions. In reality, like all capitalism, the objective is profit and human exploitation, with the hope that some good might come of it for the environment and the planet as an accidental side effect. The controversial documentary Planet of the Humans highlights exactly this: it makes the point that, decades already into our renewable energy solutions, we are still waiting for emissions to come down. We are still waiting for our environment to get better. We are still waiting for the solution that was promised to us. Isn’t it time we realise that we have been living on the Planet of the Fools?