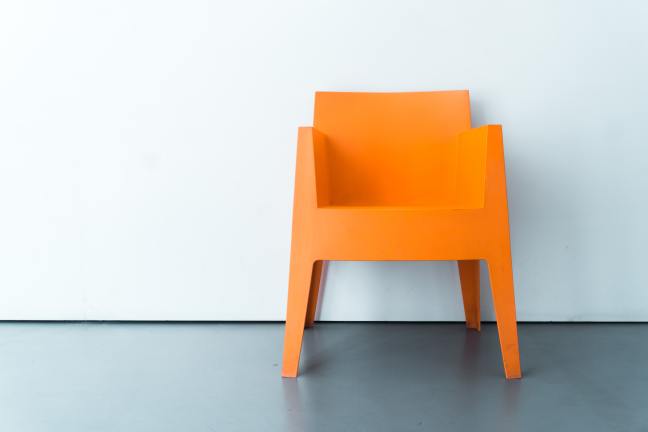 That’s exactly when they choose to strike.

And this couldn’t be more true than in the case of climate change. Like a five storey-high white elephant sitting quitely next to us, it has become too big to notice, too vast to even acknowledge. Like the white elephant, the grass and the stones, climate change is tricking us into believing that nothing is changing.

This is an ongoing theme in our human history, because as a species we have always had a funny relationship with risk, and with change: we basically fail to acknowledge either of them, and once we finally do we consciously chose to ignore them.

I have chosen four random examples below, out of the countless in our history, where humans failed to notice that the elephant was moving, that the furniture was slowly shifting across the floor. Because every time the tables and chairs moved, they established a new status quo. They became wallpaper again, and part of our trusted reality. It is this perceptional distortion that we suffer from, a self-hypernormalising inertia which is responsible for our gross miscalculation of risk. Rather than walking into the room and asking who moved the furniture around, we surrender to the situation.

This is what essentially led to the 2008 recession. Despite the simple fact that housing loans were given to people who obviously wouldn’t be able to pay them back, the loans bonanza continued by greedy banks. Once all the banks were doing it, the practice became normalised and part of the wallpaper. The tiny minority of economists who alarmed us about the risk of these mortgages bringing down the whole economy were labelled as doomsayers. The Elephants of Freddie Mac and Fannie May, the housing lenders and guarantors, were seen as too big to fail. They were too sturdy to possibly collapse.

And then they did, spectacularly. Something which Nobel Prize economists failed to predict, exactly because they had gotten too used to their own furniture, too used to their own bullshit economic theories. They refused to believe that the chair may have shifted a few centimeters since yesterday. That the couch just didn’t feel the same today as it did last week while they sat in it, perhaps just a bit more slouchy than before. They refused to question whether that stain on the ceiling may have actually been a brand new water leak, as opposed to a mark that had come with the apartment. That maybe, just maybe, someone had actually broken into their apartment while they were away at work. It may have been that trusted neighbour, that faithful friend that they had also taken for granted.

What is for sure is that they had been paid a visit by Change. And they just couldn’t accept it.

It is this natural defence against change which we all have that is both a blessing and a curse. Falsely believing that things do not change is what gives us peace of mind. It is what gives us the courage to get into our cars every day and drive to work, believing that our jouney will be exactly the same as the day before: that there will be no traffic jam or delay, or god forbid, something terrible happen to us. Unless of course a five storey-high White Elephant decides to stop the traffic.

Cigarette smoking is perhaps the best example of our ability to disregard real risk, because although the damage to our health is real, visible and backed by science, the actual rate of deterioration is too slow to notice. The damage to our lungs takes place in small, daily increments. This allows smoking to pass under the radar of our threat-to-life risk detectors, despite the fact that it is actually life-threatening.

Even in the presence of explicit “Surgeon General Warnings” on the actual cigarette packaging, smokers manage to convince themselves that by some miracle they may live a long and healthy life, or at least that there will be a long period before they actually get sick. That they will be in the lucky percentage that doesn’t get cancer, or gets it at a later stage in life. That medicine may advance so much by the time that they get cancer that they’ll be easily cured. That maybe, by the time their health deteriorates, they won’t care about their health anymore. They are desperate to find any excuse to resist accepting the terrifying thought that something is changing, something is in motion. Something has shifted.

Another example involving property, this time actually related to climate change, comes from Miami. In the most striking example of humans building expensive properties in flood-prone areas, Miami’s wealthy class is completely ignorant of the fact that sea level rise due to climate change has already began to affect the city.

This is evidenced by the increased frequency and severity of flooding in Miami Beach, and the fact that the scientists and authorities have already started planning and building for “the next 20 years”, taking careful note of predicted sea level rises in different parts of the city. Yet the housing market is still robust, following the same herd behaviour observed during the sub-prime mortgage crisis. Denial towards the changes that rising sea levels bring is as alive as ever, and will be until the last minute, until the sea water is finally lapping at the edge of those brand new, expensive grass lawns.

In complete disregard towards all the evidence, construction along the waterfront is booming and the housing market is as strong as ever. Not for very long though. In the documentary Disappearing States of America, a Miami resident who belongs in the tiny minority who are fleeing the area points out that Miami will see as much as 97% of its area gradually disappear into the ocean within less than 100 years.

The Dissappearance of the Aral Sea

This example is especially telling, as it illustrates how humans mentally processed the changes that were happening all around them as one of the greatest ecological disasters of all time slowly unfolded. Within just a few decades, one of the largest fresh-water bodies in the world, the Aral Sea, which featured prominently in my primary school World Geography book, all but disappeared due to overuse of its water for agriculture. Once again, humans had ignored Change, and they had ignored risk.

But what happened when the risk actually materialised is even more scary. Once the villages had no water to drink, no fish to eat, and the water’s edge had receded tens of miles from the port, another defence and denial mechanism kicked in: radical acceptance of the new reality. People accepted that they had no fish and no agriculure, that they suffered from increased respiratory and other diseases from the toxic chemicals they breathed after the lake turned into a dust bowl. A rapid normalisation process had taken place in people’s minds, whereby rather than acknowledging change, they preferred to become accustomed and acclimated to it, and accept this as their “new” normal.

Rather than accept that the furniture had moved, and that it could even possibly be moved back into place, they chose to accept a new fixed position for the furniture, and forget the glorious past of the Aral Sea. They would rather accept that their new life, their new norm, was this toxic desert hell, than question what had gone wrong, who had moved the furniture, and whether they had any responsibility themselves in destroying a once rich ecosystem abundant in natural resources. Because all of these thought processes would have required them to accept the terrifying realisation that change is continuous, change is constant and unavoidable. And that the best way of dealing with change is to become aware of it, to understand it, rather than surrender to it passively.

Refusing to acknowledge change, and denying ourselves the right to feel sorrow, to grieve for what we have lost, is not a solution. It is cowardice. It is blindness.